#HerStory – There Should Not Only Be One Type of Women

“If the society believes there are certain things girls can’t do, I’m doing them!” Athena observes “gender stereotypes” in detail. She once cut her hair to an inch and a half short, purposely wore pants, and took all kinds of actions to challenge the normality: “Why do girls need long hair?” It’s not hard to understand that she wants to break through the image of a traditional woman. However, it will only be inanition if “change” only stays in explicit behaviours. It wasn’t until when she had to wear a skirt because of a foot injury, that she tried to defend herself as her colleagues feel shocked. Only now did she realise that, while she was deliberately getting rid of the stereotypes, the “norms” restricted her imagination in another way. From then, her gender journey no longer insists on “confrontation”, but embeds “diversity” in every daily choice to drive change.

As the chairman of HER Fund, Athena's reflection resonated deeply with the visiting team, because "embracing diversity" is the rudder of HER Fund's work. However, to bring the work of the women’s fund to the public and let the community truly own the resources to change, it is difficult to achieve success with ideas and enthusiasm alone. In order to have a solid structure as a foundation, the organisation's development, overall planning, funding issues and funding methods must be sorted out one by one. Internal and external policies and execution capabilities should be closely linked so that partners’ projects can be nurtured with limited resources. Athena believes that the allocation direction of HER Fund must have a gender perspective, in order to be close to the real situation of the community, so that resources can be used as expected. She hopes to reverse the impression of traditional foundations from the outside world – more directly, to advocate the funding model of HER Fund. Although it is difficult to change social concepts and cultures, Athena is the kind of person who unites knowledge and action and will never avoid problems because of difficulties. “I won’t give up my opinion because I need to implement it.” “Seeking change” and “taking on” just matched her and HER Fund. 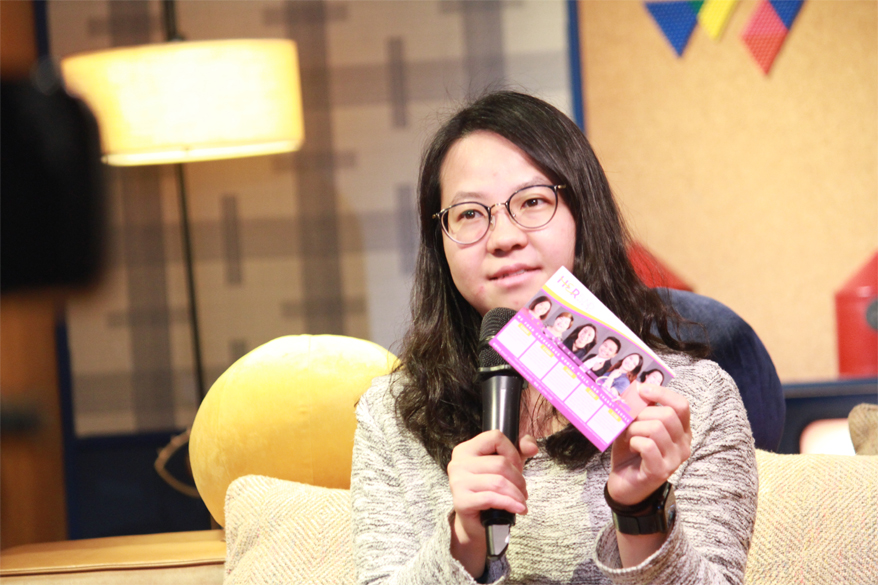 These changes are very difficult to make. In addition to patiently reviewing the past and rethinking new directions, you also need to have sufficient experience to calmly pull out the main axis and advance the discussion when you are arguing with each other in the meeting. The personal experience of the organizer and the development of the organization coexist. "Everyone comes to the organisation with different traumas and ties, and the organization advocated by "feminism" must accept each person's emotions, because emotions can bring out the good side. There is emotion first and enthusiasm and everyone is three-dimensional. This is people-oriented." Seeing and accepting that everyone is different. Since 2018, she has changed from executive committee member to chairman, leading the HER Fund team to challenge all the way.

"I don't think there is a need to tie 'women' to 'leaders', each gender has the ability and equal opportunity." The interview was titled "Female Leaders", and Athena always thinks outside the box, especially gender-sensitive, to remove the gender roles in our discourse, so as not to fall into stereotypes again. She refuses that leaders can only look like one, she declares diversity with words and actions. This is what she sees as the uniqueness of HER Fund, the only community women’s fund in Hong Kong.

Because of her ambition for gender equality, she serves as the chairman of Hong Kong's only community women’s fund; because of her acceptance of diversity, she is able to bring together a community of people who are also concerned about the rights of marginalized women, girls and transgender people. Let everyone do their jobs, and gradually bring about social change.  In her vision, everyone can choose to dress as they like - whether it's skirts or pants or whatever, and live their lives freely.