Year : 2022/11/17
The Internet is irreplaceable when social media and dating apps are increasingly prevalent, and face-to-face interactions are hindered by the COVID-19 pandemic. However, masked under the conveniences of the Web are the dangers of abuse and violence. Already in its 2015 report Cyber Violence Against Women and Girls, the United Nations has highlighted web-based violence against women as a global phenomenon. It seemed, though, that the topic had not garnered the attention of Hongkongers. 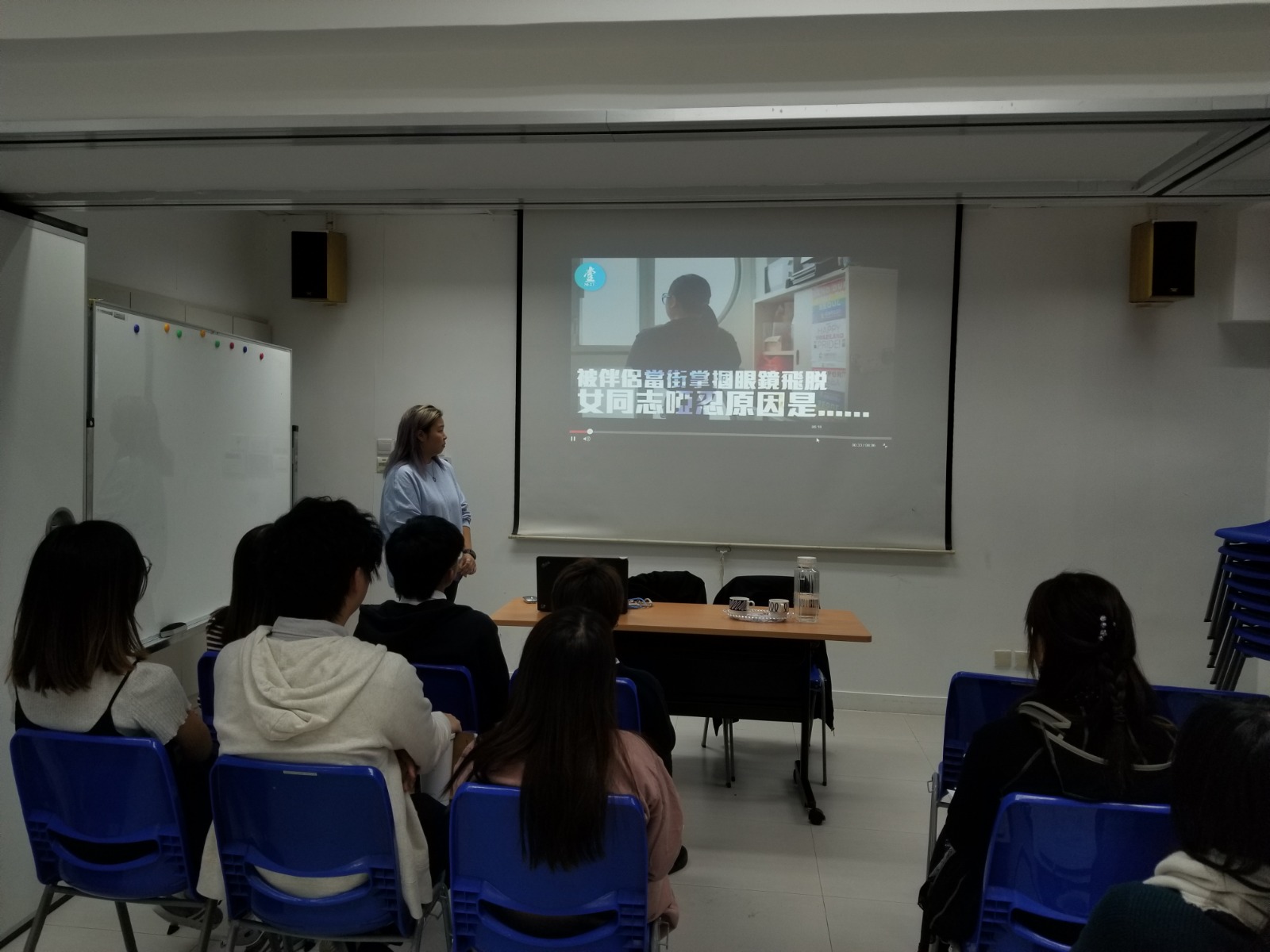 Joe Li, the Chairperson of Les Corner Empowerment Association, pointed out that unintentional harm was often done due to the lack of discussion and public awareness on cyber sexual and gender-based violence. “A friend of mine was talking about a male artist uploading his nude photos onto social media and becoming an Internet sensation, and wanted to forward me the pictures. In fact, you could cause secondary and tertiary damage to the victim even if it seemed trivial, even if you don’t know the victim personally.” Joe mentioned another incident where an influencer uploaded a malicious YouTube video against lesbians, which was only removed after Les Corner received complaints and negotiated with YouTube.
Since 2021, HER Fund has been providing grant to Les Corner on public advocacy projects against cyber sexual and gender-based violence, including “Cyber Gender-based Violence - Sexual Minorities Workshop” for women and gender/sex minorities, and training sessions for frontline staff in the Social Welfare Department and the Police Force, equipping communities, support services and the law enforcement with knowledge. Joe added that while there is still much work to be done on cyber sexual and gender-based violence, local fundings remain regrettably scarce, especially those applicable to gender/sex minorities. “Thanks for HER Fund’s support which sparked public attention into the topic,” said Joe. 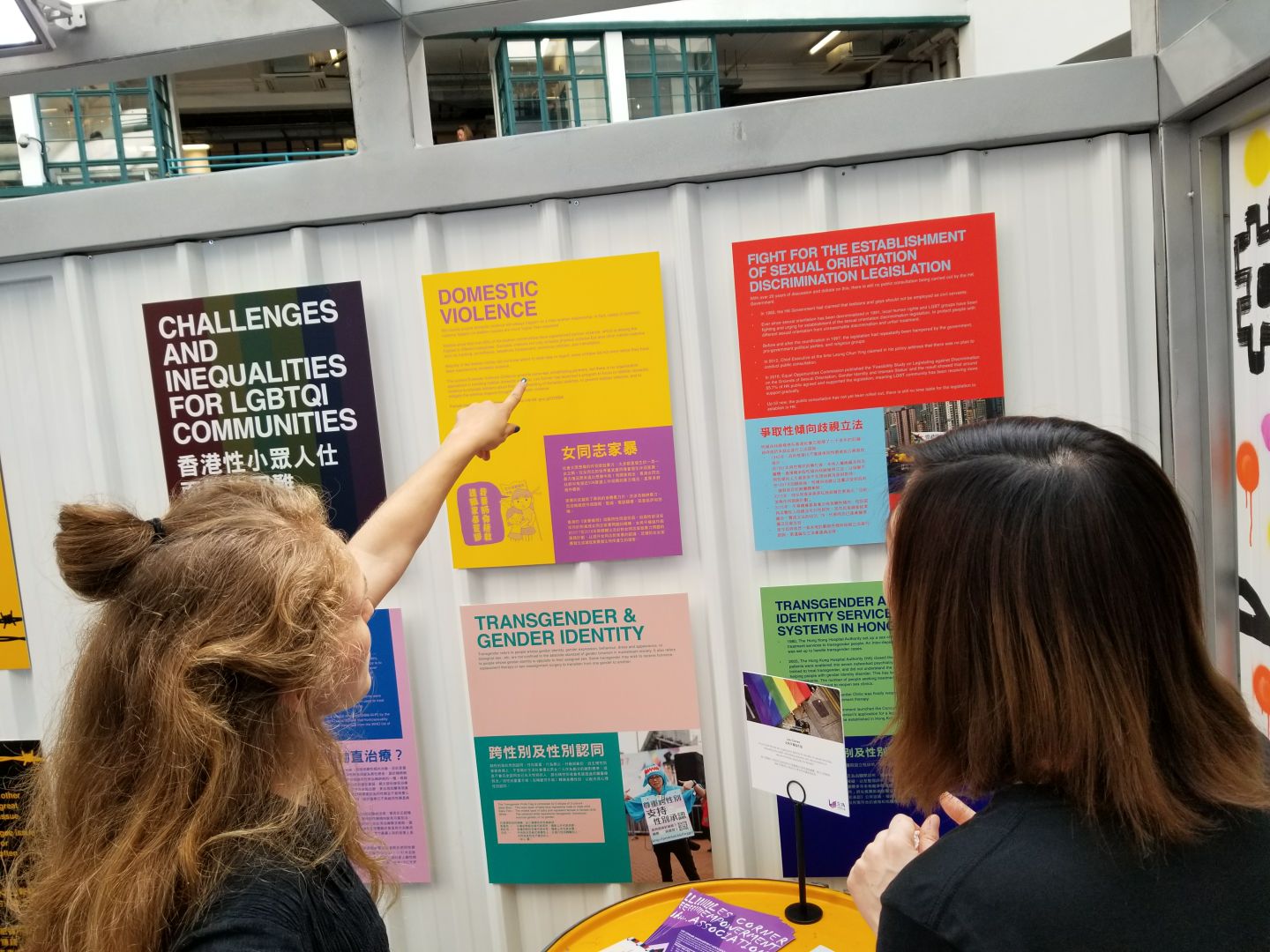 Cat, a workshop participant and victim of cyber sexual and gender-based violence, recalled how netizens flocked to attack a video in which she did sign lanaguage interpretation for a hearing-impaired, gender/sex minority friend during a media interview. She said the malicious comments against her friend piled up minutes after the video went public on social media, and she was also attacked and had her personal information exposed for helping with interpretation. Not only was she worried about her friend, Cat was also disquieted herself. “It wasn’t until participating in the workshop that I learnt more on cyber gender/sexual violence, slowly felt relieved, and alleviated my hearing-impaired friend’s emotional turmoil. I also reflected on how I could be more proactive instead of accepting the status quo,” said Cat, who was bolstered by the workshop to counterstrike sexual and gender-based violence in daily life. “I was able to directly ask my friends to stop discussing my gynaecological issues in group texts, which was making me anxious. The younger me wouldn’t have dared to object.” Cat’s confidence in sharing her recent experiences is undoubtedly an encouragement to HER Fund and its beneficiaries.
__________________________________________________________________

Cyber sexual and gender-based violence:
Criticising or shaming a person on the Internet based on their gender identity, sexual orientation, gender expression, or physical appearance. This could happen on media such as online forums, social networking platforms, and group messaging applications. Perpetrators may also upload, reshare or distribute private images and videos, or threaten to do so, without the consent of people involved. 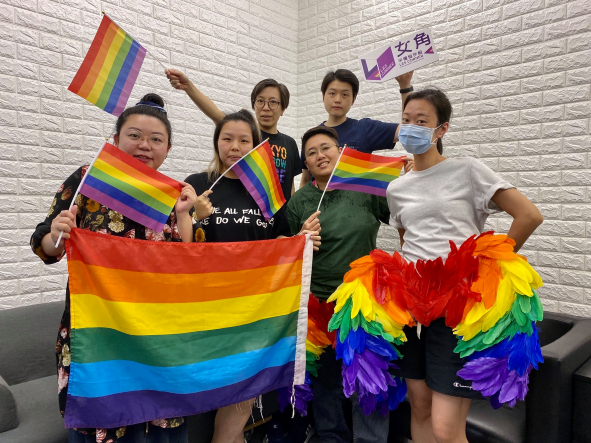